There are more than 30 “crisis pregnancy centers” (CPCs) located in Massachusetts — outnumbering the state’s 20 clinics and hospitals that provide abortion healthcare. These so-called fake clinics outnumber the state’s 11 abortion clinics three to one.

With locations in Beverly, Falmouth, Framingham,and Burlington, CPCs often try to cause confusion by locating in the same cities and towns with healthcare clinics that do provide abortions. There are two in Haverhill, one in Worcester, and three in Attleboro (among others). Check the complete list HERE to see if there’s a CPC near communities your Indivisible group operates. If your group wishes to organize a protest outside one of these clinics, let the IMC Feminist Action Team know and find a Take It to the Streets toolkit HERE.

These anti-abortion centers present themselves as health care resources for people facing unwanted pregnancies and create websites trying to appeal to women considering abortion. Yet they typically have no medical staff, are mostly unlicensed, and may offer misleading or untrue information about pregnancy or abortion. The centers rarely disclose their anti-abortion or religious affiliations. You can watch an informative, yet humorous, explanation from John Oliver HERE.

This summer, both the MA Department of Public Health and the MA Attorney General’s office under Governor-elect Healey issued statewide advisories.

“CPCs do not provide comprehensive reproductive healthcare. CPCs are organizations that seek to prevent people from accessing abortion care,” the AG’s office has warned.

The anti-abortion efforts in MA reflect a growing nationwide scenario of more than 2,500 of these CPCs across the country. A report called Designed to Deceive, produced by the Alliance of State Advocates for Women’s Rights and Gender Equality in 2021, closely studied more than 600 of these CPCs in nine states. It found that they target low-income women and in many states (not MA) are funded with public monies. Missouri, for instance, has funded Pregnancy Centers with more than $40 million. In Texas, CPCs have received more than $100 million in public funding! Michigan Governor Gretchen Whitmer, before her re-election, vetoed a $1.5 million allocation for CPCs that was approved by the state’s Republican-led legislature. Investigations into publicly funded CPCs by advocates and watchdog groups have found evidence of misuse, waste, and potential skimming of funds in multiple states — including Florida, Michigan, Minnesota, North Carolina, Pennsylvania, and Texas.

The Alliance report also found that a priority for some of these centers is the “abortion pill reversal, or APR” — an anti-abortion marketing term that refers to the experimental administration of high doses of progesterone to pregnant people who have taken the first, but not the second, of two medicines for a medication abortion to “reverse” the abortion.

In addition, the Alliance study found that while these CPCs appear local, with local volunteers or staff, many appear to be part of a global anti-abortion network. About 45 percent of the CPCs they looked at affiliated with one or more of the international, national, and regional rightwing organizations that “steer the CPC industry.”

Our Indivisible team found this international connection ourselves researching Birthright, the CPC in Falmouth. Birthright is part of a Canadian-based organization that has opened four other pregnancy centers in MA in Taunton, Marlborough, Framingham, and New Bedford and dozens around the country.

Carrie Baker, a Smith College professor of gender and women’s studies and a contributor to Ms. Magazine who has been writing extensively about CPCs this past year, reports additionally that these unregulated centers generally are not obligated to follow data-privacy standards and have a strategy of collecting sensitive personal data about pregnant women that could be shared.

MA legislators and leaders are working to get the word out, but probably could use help on the local level to do this. The legislature, led by MA Senator Becca Rausch, allocated $1 million in the latest budget for a statewide awareness campaign. This budget item, however, was vetoed in November by Governor Baker on his way out.

Boston-based Reproductive Equity Now, under Executive Director Rebecca Hart Holder, is reaching out to municipalities across the state suggesting they can help raise awareness and educate residents about the dangers of crisis pregnancy centers.

“Providers in Massachusetts report that some of their patients first go to a crisis pregnancy center before finding their way to a legitimate clinic, often because of a Google search for clinics that leads them astray,” says her organization.

A number of municipalities that do not yet have CPCs — including Cambridge, Somerville, and Northampton — have proactively passed ordinances in an effort to crack down on deceptive marketing practices. Many note the difficulty in regulating these centers due to First Amendment free speech rights, and some expect these ordinances to be challenged in court.

Earn While They Learn

According to research, the most common offerings at CPCs are free pregnancy tests and/or non-medical ultrasounds. The second largest offering is for free maternity and baby supplies. In some places around the country, recipients might need to “earn while you learn” by enrolling in classes or counseling, video screenings, Bible studies, or even abstinence seminars before receiving any “free” goods.

One last note, in reading many of these articles, there are a number of quotes from women who volunteer or work at these centers and say they don’t understand why they are being “unfairly smeared” or “targeted” when they are only trying to help pregnant women with things like baby clothing and supplies, parenting classes, or other community resources such as housing or food. One article in Commonwealth Magazine quoted Kerry Pound, who sits on the board of the Pregnancy Care Center of Merrimack Valley, a Christian organization with centers in Haverhill, Lowell, and Lawrence as saying, “It breaks my heart and it’s so bizarre to me that you’re attacking the places that help women.” 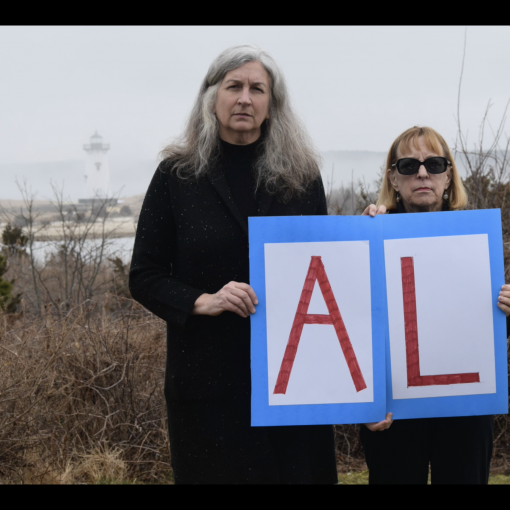 Residents of Texas who need access to abortion must now leave their home state to access care. Texans are essentially living as if it were 1972, before Roe vs. Wade. Anyone who seeks abortion care — and those who help them — can be severely penalized. 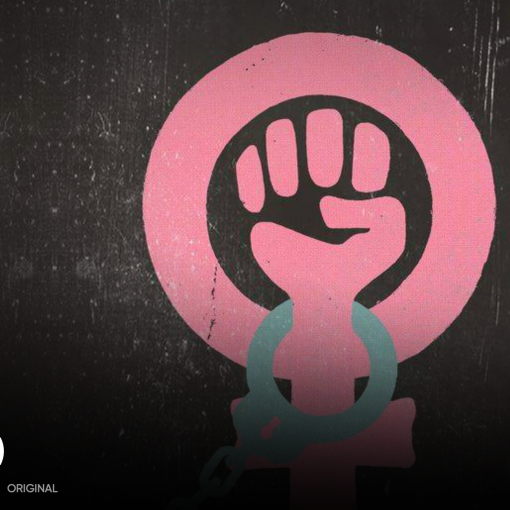 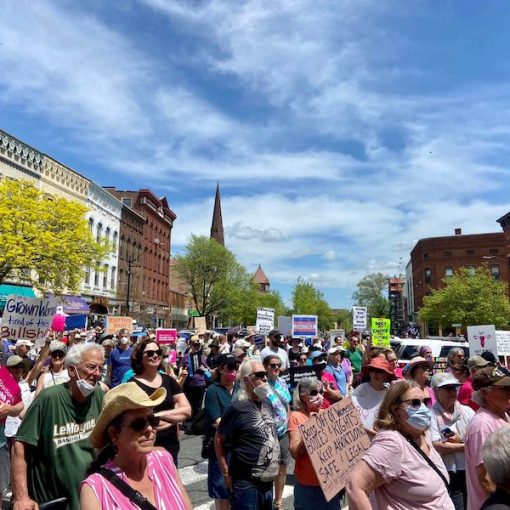 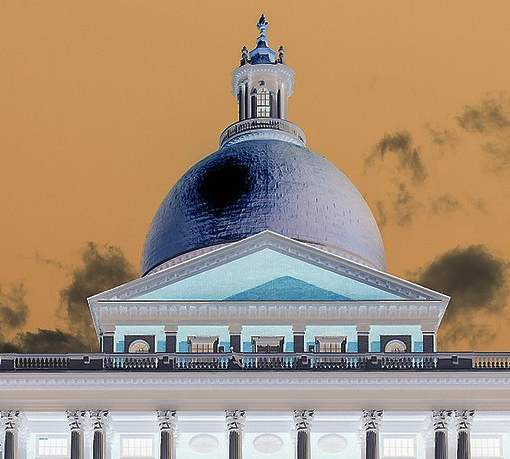 We’ve talked for years about the lack of transparency in the MA Statehouse, how it is ranked in the bottom fourth of the nation, how it often takes a decade for laws with popular support to get passed. Our Statehouse suffers from many of the problems that David Pepper outlines, it just has a veneer of blue.