Our part of central Massachusetts, west of Worcester and east of Amherst, is beyond beautiful — full of forests, ferns, flowers, open spaces, stone walls, lakes, and clear, freely flowing streams. What a wonderful place to live and raise children within friendly hometown settings and nature’s embrace — or so I thought. But slowly I began to see distressing trends emerge.

My first concerns developed when my high-spirited and outspoken daughter encountered nothing but rejection from teachers and children alike as she claimed in kindergarten that she would not make that “Nina, Pinta, and Santa Maria” drawing because “Christopher Columbus came to America and committed genocide upon the Native People.” She was expelled from kindergarten for a time and encountered countless, comparable consequences throughout her school years for expressing similar ideas.

I was disappointed, surprised, and confused when educators made my daughter the problem, rather than acknowledging that their curriculum might be flawed. Over time, I think both my daughters were harmed by having to contend with an educational environment in which many voices were excluded.

That was years ago. But the political atmosphere in our small regional towns has become even more divisive, mean-spirited, and dangerous. As one of our members states: “Ideological divides are especially problematic in small towns because everyone knows, or knows about, one another.” The sense of community, so important to the identity of small towns, is lost when people who express progressive ideas are labeled as troublemakers.

A Sense of Hope

As the right wing increasingly demands that people be either “with us or against us” in our very red region of Massachusetts, feelings of isolation, discouragement, and loss have filled the air among my friends and like-minded thinkers. But as we spoke in informal gatherings, we began to see that organizing for change might restore a sense of hope.

Not too long after the disastrous 2016 presidential vote in our region, we started a small group called Brookfield Indivisible. Our initial approach was educational. We thought that reaching out to neighbors through fun and innovative programs would help modify the “us vs. them” discourse. We hosted wonderful programs on climate change and its solutions, immigration issues, and gun laws in Massachusetts — along with sessions on how the Massachusetts legislative system functions. Most of us found this work exciting, but also exhausting and hard to sustain within a small group.

In 2019, therefore, we decided to connect with activists from within a larger radius. In the space of a few months, we had created a group of about 125 members. Currently, members of Grassroots Central Mass live in towns as far north as Barre, as far south as Southbridge, as far east as Spencer, and as far west as Monson.

As a regional group we continued our educational mission through exciting Earth Day events. We also developed a “Sip and Solve” series of events where people concerned about an issue come together with tasty food and drink and hammer out productive, practical, and easily implemented strategies for change. Our first Sip and Solve program, held in January of 2020, focused on climate concerns and was a great success. Sadly, the pandemic forced us to delay plans to take the Climate Sip and Solve program to local libraries and implement similar events focused on immigration.

Members of Grassroots Central Mass also find and support progressive candidates for every level of engagement. We have written thousands of postcards and letters hoping to register more voters and advocate for progressive candidates. We also follow legislation, especially on the state level, write letters to the editors of papers in our local area, and communicate actively with both state and federal legislators.

Re-imagining policing, supporting initiatives to make K-12 curricula more inclusive, and raising awareness about the challenges that immigrants face are particular concerns for our group. We meet about every three weeks to discuss initiatives related to climate concerns, political actions, and racial and social justice issues. The meetings are uplifting and restorative. Members bring energy, enthusiasm, action plans, and hopefulness to each meeting — creating the kind of community we thought we had lost.

Central Massachusetts is a complex and unique area. It spans two federal Congressional districts, two counties, and two area codes. It struggles with unemployment within its aging industrial cities and faces myriad pressures within its agricultural areas. The region lacks public transportation, easily accessible health facilities, and other forms of crucial infrastructure. 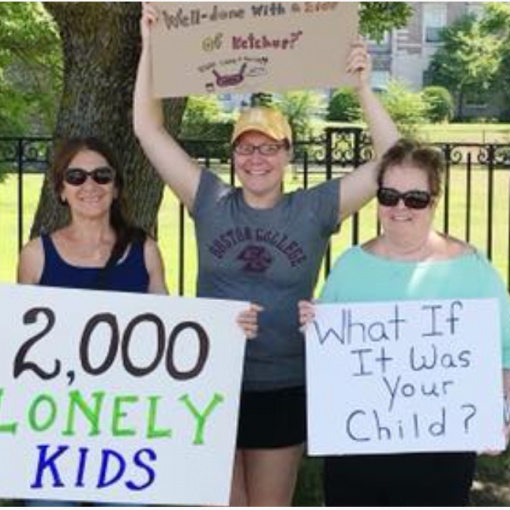 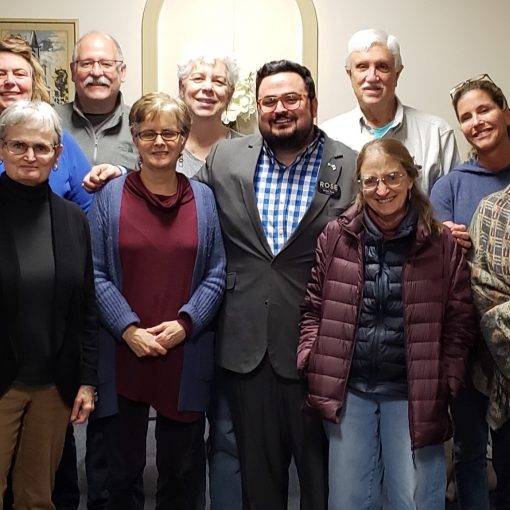